In the lack of any replies from my Councillors, or the administrators (The Beesley Corporation) I went to the Councillor surgery today to visit Cllr Pat Midgley. I showed her the current state of the tip at Cricket Inn Road, Wybourn. (see below) Cllr Midglely could not explain why I hadn’t had any replies from any of the Councillors about this issue. She said that she thought that it would soon be going to court, but she didn’t seem sure who would be taken to court.(apparently Cllr Terry Fox is taking the lead on this so she was not aware of all the details.) She was not able to assure me that the large mound of rubble/soil did not contain any toxic waste so I presume this has still not been checked out. She blamed lack of money for not making the site secure. When I said that if this was in Dore action would be taken immediately, she disputed this! I know that legal wheels move slowly but surely the Councillors could update us on what action is being taken, and surely they should be concerned by the dangers of this site. I first blogged about this more than half a year ago in April and still no progress has been made. 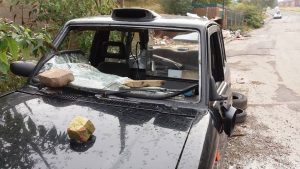 Broken windscreen with the bricks kids have been throwing at it. 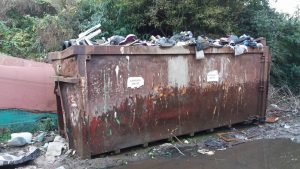 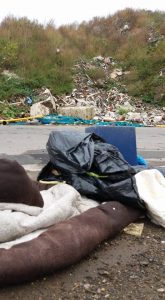 Recently flytipped waste with the mound of soil and unknown materials behind it. 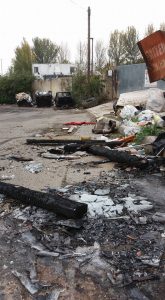 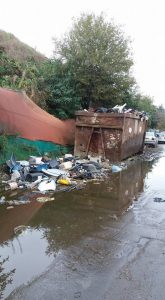 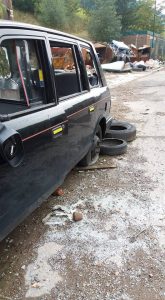 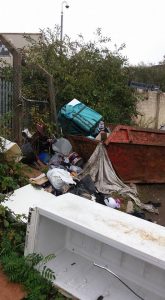 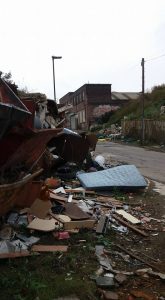