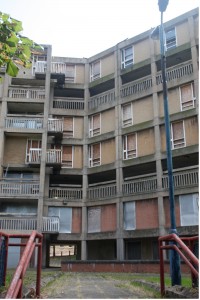 Manor Castle Green Party is keenly interested in the development of Park Hill flats and we wrote to Harry Harpham  back in November 2014 about  the development and location of shops and the progress of the redevelopment. We were sad to hear of his death this week and offer you our sincere condolances. 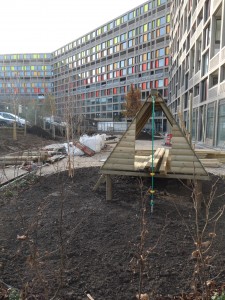 Local people are frustrated by the slow progress of the redevelopment, the further dereliction of the old blocks and the lack of amenities such as shops that Urban Splash promised us. We are pleased that Grace Owen Nursery has recently moved but there seems to be very little progress other than this and some external landscaping.

We wrote to  Urban Splash before Christmas, to ask for meeting when they could bring community groups and local residents up to date with the strategy for the development of the next phases. They  said that they would be in discussion with the  council and would be able to come to a meeting after Christmas. We wrote to them again after Christmas  and they are now saying that this meeting will not be for a “couple of months”.
We feel frustrated with this response and would ask that you could arrange a meeting with yourselves and with Urban Splash , for local community groups and residents.
Manor Castle Green Party would be happy to suggest venues and to do appropriate publicity and liaison with local  groups to get this meeting arranged.
I look forward to hearing from you
Ros Wollen.   For Manor Castle Green Party
Copy of email also to  be sent to:
Cllr Jenny Armstrong
Cllr Pat Midgley
Cllr Terry Fox
Cllr Julie Dore
Paul Blomfield MP