Prince of Wales Road trees to be felled before 4th December. 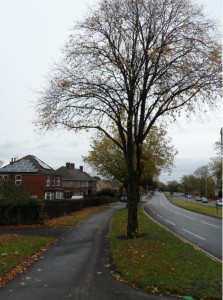 Celtis Australis, Central Reservation opposite the Chip Shop near Lidl. (Amey says it is dead)

If the trees are felled they will be replaced by Americana Lime trees before March.

I am planning to alert the local residents to this.

This Saturday STAG (Sheffield Tree Action Group)have organised a protest about the tree felling. Please meet at the City Hall steps at 11am. Bring a placard!

One Response to Prince of Wales Road trees to be felled before 4th December.