4 million households in UK are in fuel poverty 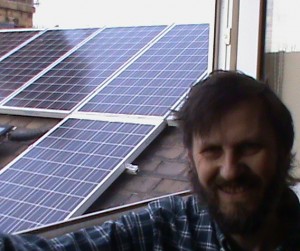 According to Friends of the Earth 4 million households  in the UK are in fuel poverty. view here Politicians of all colours should be making this the top priority. Solving the problem will reduce poverty and ill health, reduce greenhouse gas emissions, reduce the demand for health services, create jobs and make our society more equal. It’s a win, win, win situation- yet the Con Dem Government are just thinking about what cuts they can make.

Meanwhile the Campaign against Climate Change, working with the Trade Unions have produced an excellent booklet called “One Miillion Climate Jobs- Solving the Economic and Environmental crises. This should be compulsory reading for all politicians of every party at every level of Government.

It set out how and why the government must create one million climate jobs – in renewable energy, refitting buildings, public transport, industry and education – and how this can be done. An updated version of the pamphlet, which has sold thousands of copies around the world, was launched at an event in the House of Commons on October 14th. I still have a few for sale if you would like a copy.

The meeting, with Caroline Lucas MP, John McDonnell MP, Chris Baugh (PCS) and Jonathan Neale (editor of the pamphlet) discussed how, in a period of austerity cuts and job losses, the fight for climate jobs brings together a solution for the economic and the environmental crisis.