Privatisation and PFI meeting this Thusday 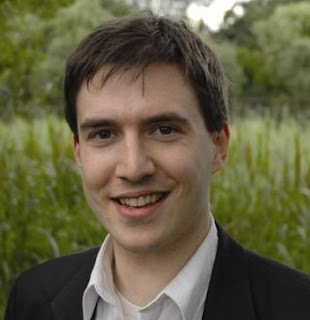 Please come along to a public meeting on the effects of the credit crunch and privatisation on the local economy, organised by Sheffield Green Party, will be held on Thursday Nov 20th at the Quaker Meeting House. The Green Party has strongly opposed the “creeping privatisation” of services like education and the NHS and is actively involved in Sheffield Communities Against Post Office Closures.

The key speaker will be Adrian Ramsay, the national party’s Deputy Leader, and Leader of the Opposition on Norwich City Council. At just 27 years old, he is also tipped to be one of the first Green MPs, having been selected to run against Charles Clarke MP in Norwich South Constituency.

Sheffield Green Party chair David Hayes said, “Privatisation benefits big business, not the ordinary people who depend on once publicly-owned services. Private Finance Initiative projects have been shown to be a very bad deal. There are examples of schools built under PFI lying empty but still paying cleaning and heating costs. In Sheffield, the 35-year waste contract with Veolia has left us having to pay extra for recycling and the Council is pressing ahead with a Highways PFI. Our Post Offices are now under threat because the Government puts the cost of running them above the public service they perform, despite finding tens of billions to bail out the banks.

In Sheffield we have already seen many of the schools rebuilt using PFI money- a decision that is bound to haunt us in the future. And now the roads are being improved with a similar scheme. Come and find out how the Greens plan to stop mortgaging our future and build a sustainable future by investing wisely in public services.